This degree allows you to develop an advanced level of knowledge and skills in film-making. You’ll gain a deep understanding of the relationship between documentary practice, film theory and the film industry.

You’ll work on a range of individual and crew-based film projects, and develop sophisticated camera, sound, editing and storytelling skills.

Your studies are set in the context of world cinema and the international history of the cinematic documentary. You'll graduate with a portfolio of creative documentary and experimental non-fiction films.

You will learn from scholar film-makers in our state-of-the-art facilities and develop a range of professional skills to prepare you for your future. 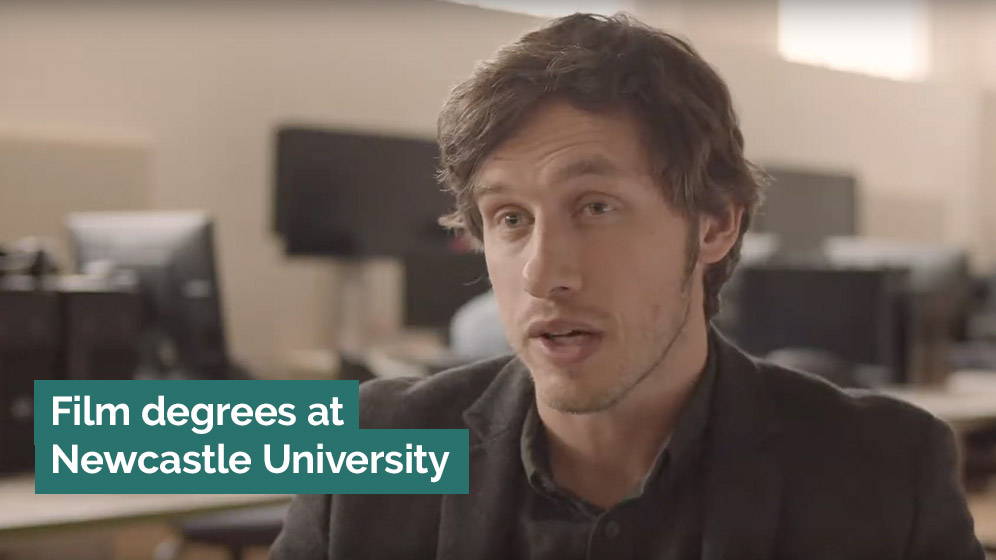 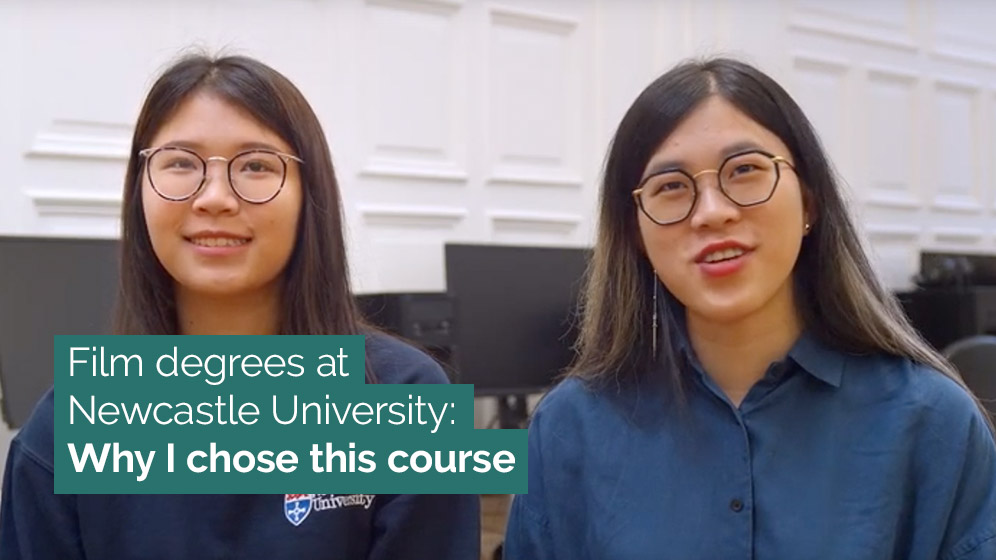 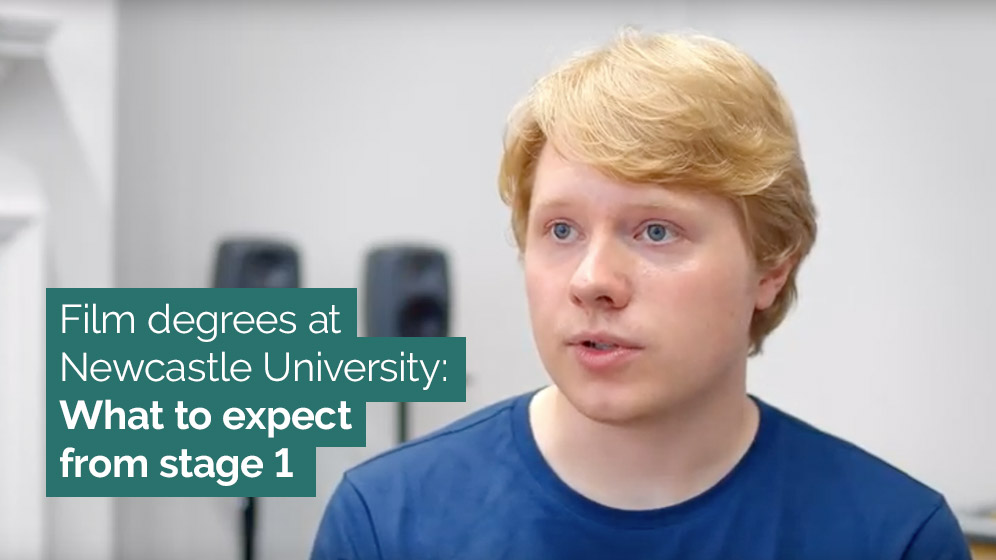 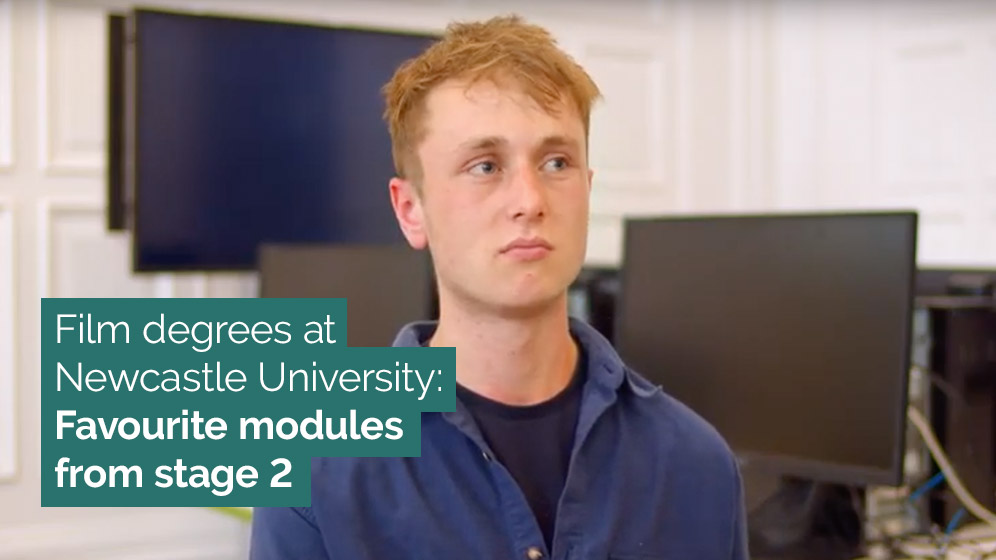 COVID-19
Please rest assured we make all reasonable efforts to provide you with the courses, services and facilities described. However, it may be necessary to make changes due to significant disruption, for example in response to COVID-19.

A ringing endorsement of Newcastle University’s long tradition of excellence in teaching. 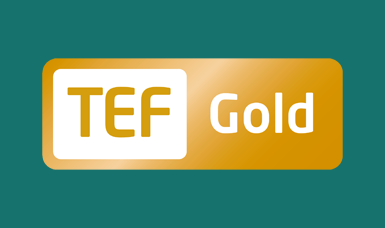 The information below is intended to provide an example of what you will study.

Most degrees are divided into stages. Each stage lasts for one academic year, and you'll complete modules totalling 120 credits by the end of each stage.

Our teaching is informed by research. Course content may change periodically to reflect developments in the discipline, the requirements of external bodies and partners, and student feedback.

This modules encourages students to draw on their knowledge of World Cinema to produce a short film. 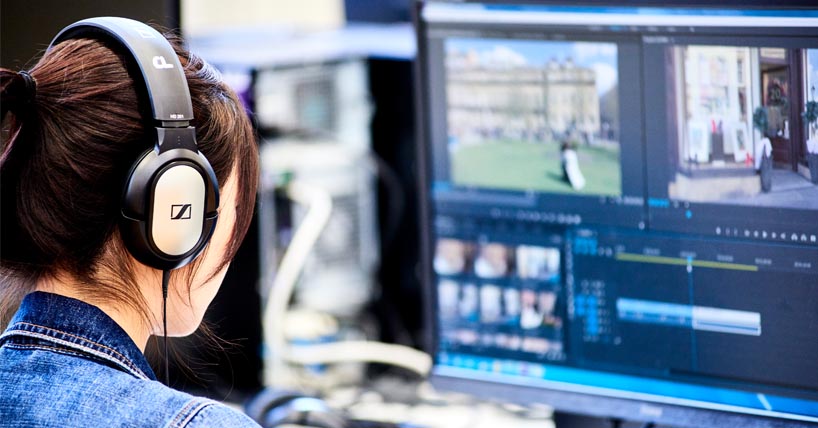 Full details of the modules on offer will be published through the Programme Regulations and Specifications ahead of each academic year. This usually happens in May.

To find out more please see our terms and conditions.

You are taught the essential skills of film-making and introduced to film-making as a field of academic study. You will be trained in camera, audio and editing skills and will undertake a range of documentary film-making exercises. This is complemented by screening-based modules exploring world cinema, both fiction and non-fiction.

Screening modules develop your ability to critically watch films as a scholar and film-maker. You will be given a solid foundation from which to develop your critical appreciation of film as well as your own film-making. You'll also learn about the structures and operation of the film industry.

You will build your film-making and storytelling skills by undertaking more complex and advanced projects including a series of independent creative microfilms. You'll also complete a crew-based documentary project and experimental film projects.

You will explore film theory for practice across two modules, giving you the chance to build on your learning from the screening modules in Year 1.

You make two films: a self-shot short observational documentary film and a full-year dissertation film. You choose optional modules in film, or to explore other academic interests in the School of Arts and Cultures or from across the University.

You can also develop your understanding of working in the film industry by learning from regular industry guests.

Teaching methods range from lectures, seminars and workshops to screening-based classes. However, you learn film-making skills through doing, undertaking a variety of practical exercises, and film-making tasks. You're encouraged to learn from any mistakes, and are given creative freedom to explore, try, and experiment with your own film-making ideas.

Film practice modules will be delivered in purpose-built facilities with access to the latest industry-standard film-making equipment.

You'll be assessed through a combination of:

You will have the opportunity to experience all key aspects of film-making and of working as solo film-makers and in crews.

Through a diverse range of structured learning opportunities, you will develop both the craft skills and the sensibility required to work as a director, editor, soundperson, producer and cinematographer in the film industry.

You get the chance to attend field trips to film festivals such as Aesthetica Film Festival, Sheffield Doc/Fest, and Edinburgh International Film Festival. You'll engage with the local North East film industry through field trips, cinema events, and guest sessions.

You will learn a variety of research skills, including traditional essay writing as well as critical reflection on your film practice. You will develop film-based research skills through a variety of film-making experiences and by screening your work to a public audience.

These skills culminate in a film-based dissertation, where you work in crews to create a festival-ready creative documentary film – a great calling card for you take into the industry or postgraduate study.

Chat to a student

I didn't come from any film background but my lecturers and supervisors have been very supportive and encouraging. Doing Film at Newcastle University is probably the best decision I've made for my future and I've never imagined being this passionate about film-making before!

Get career ready with a work placement and leave as a confident professional in your field. You can apply to spend 9 to 12 months working in any organisation in the world, and receive University support from our dedicated team to secure your dream placement. Work placements take place between stages 2 and 3.

You'll gain first-hand experience of working in the sector, putting your learning into practice and developing your professional expertise.

If you choose to take a work placement, it will extend your degree by a year. Placements are subject to availability.

Find out more about work placements

As a student of Media, Journalism and Film Practice at Newcastle University, you will join a vibrant community in the School of Arts and Cultures' Media, Culture, Heritage department.

You will be based in the Armstrong Building and Film@CultureLab, right at the heart of our city-centre campus. You'll be close to all of Newcastle University's amenities, as well as being just a five-minute walk to Newcastle's main street, Northumberland Street. 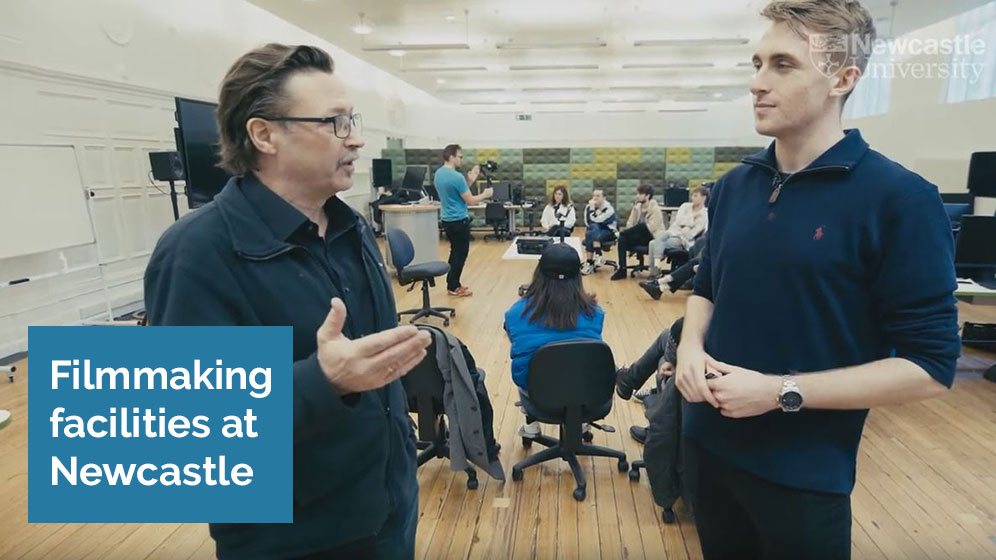 A student-led tour of our film facilities. 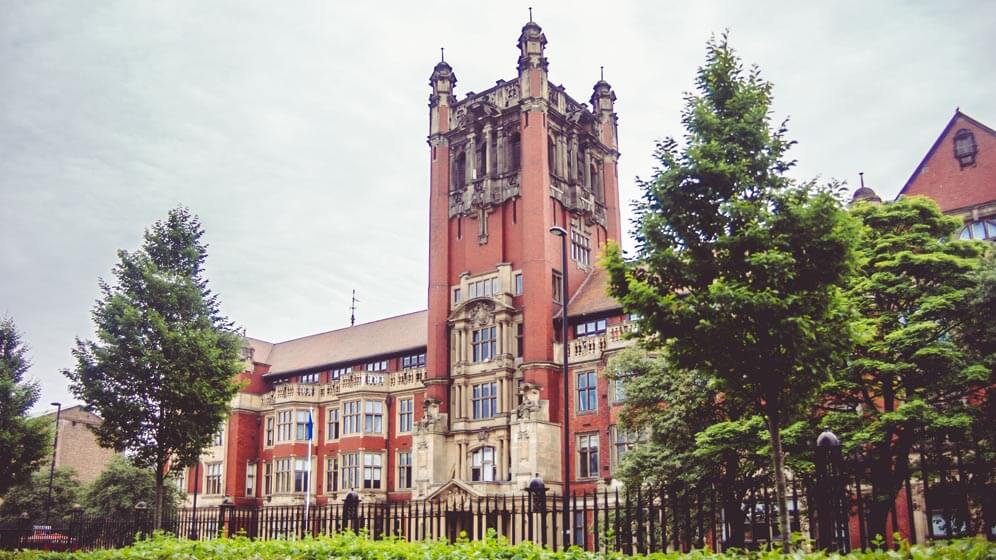 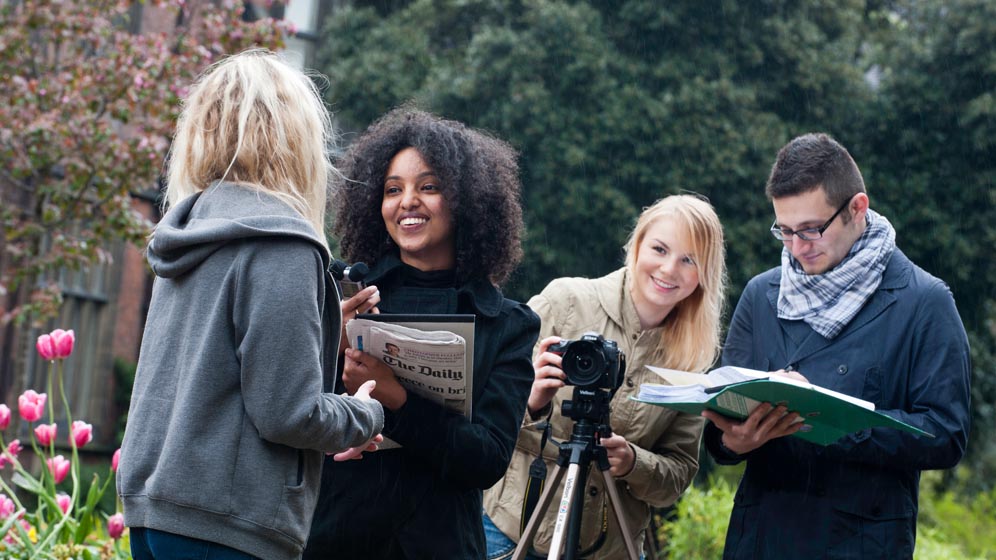 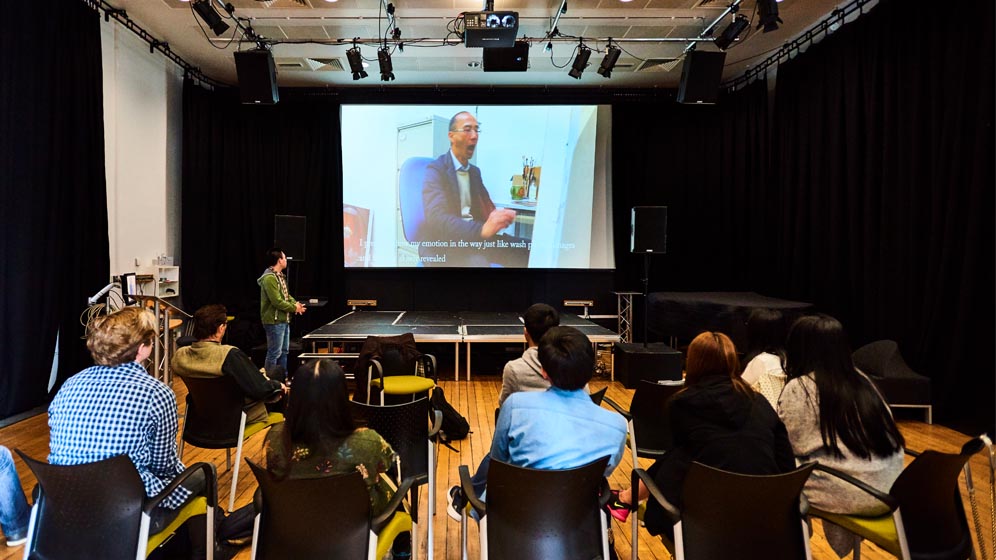 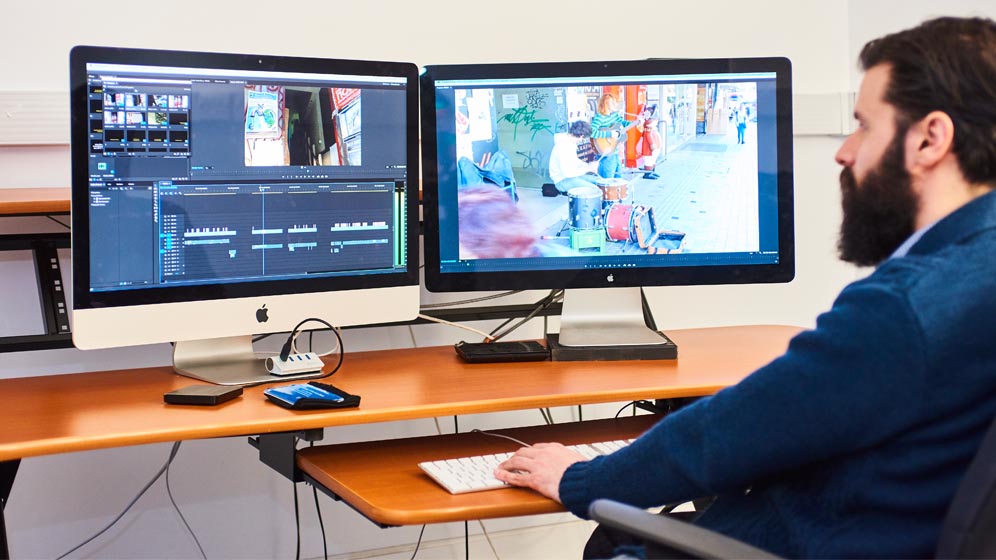 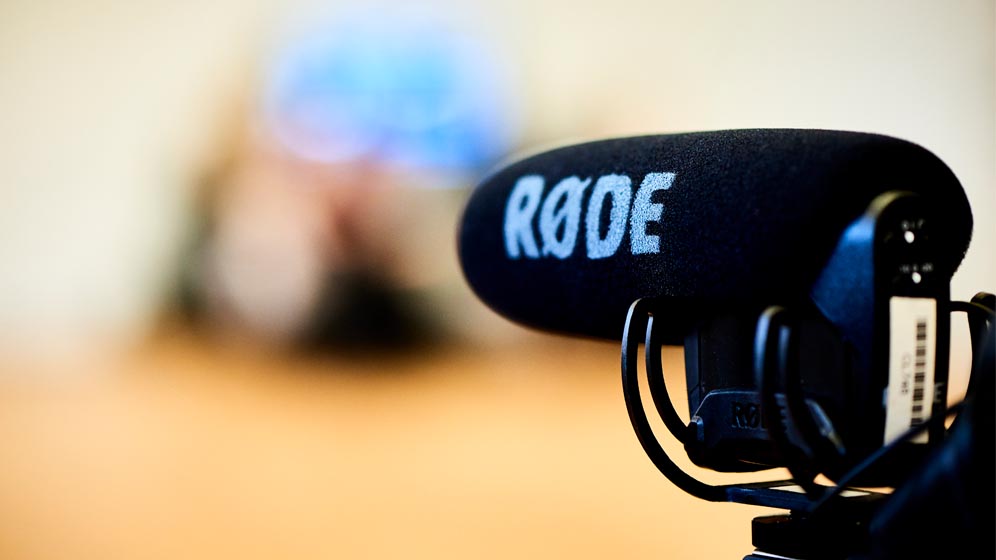 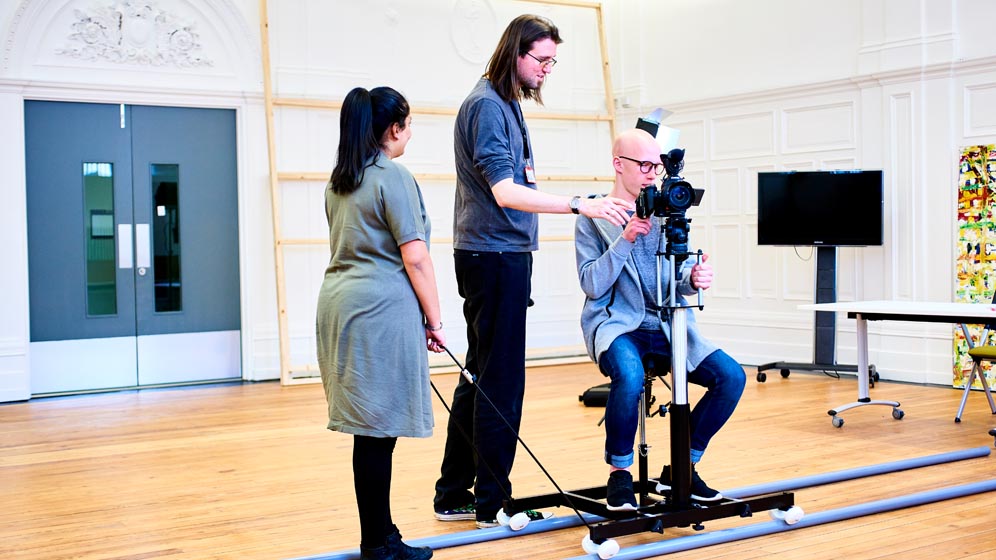 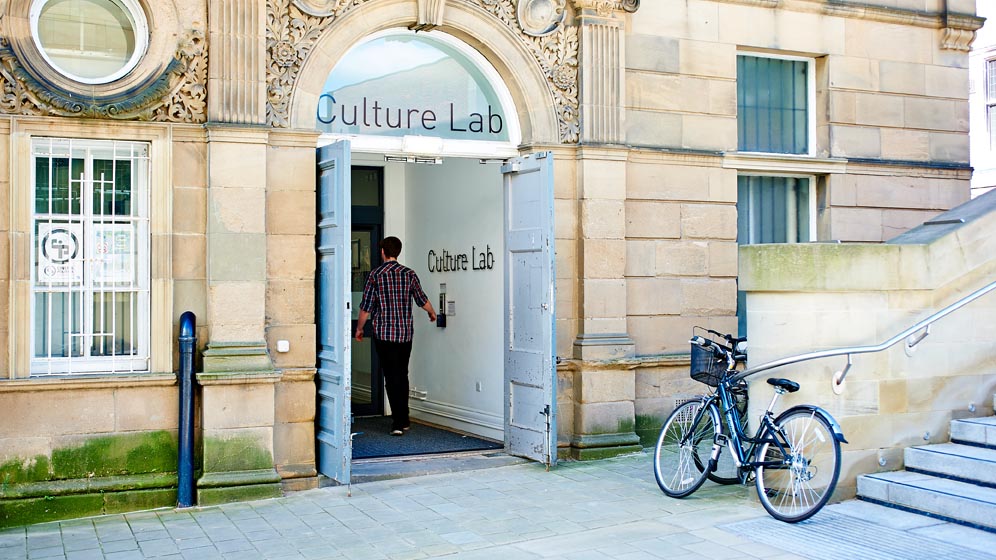 You'll have the support of an academic member of staff as a personal tutor throughout your degree to help with academic and personal issues.

You will also benefit from the expert knowledge and skills of our dedicated team of technicians based in Culture Lab.

Peer mentors will help you in your first year. They are fellow students who can help you settle in and answer any questions you have when starting university.

Our graduates are equipped with the practical and transferable skills needed to pursue careers across the film, media and creative industries. For example in production, post-production, creative, marketing, distribution and film exhibition sectors.

The first cohort of graduates completed their degree in 2019. Many have gained employment in areas of the film industry, including within major UK post-production studios and commercial video production.

Some have begun careers as independent film-makers or cinematographers, while others are continuing their education at postgraduate level.

Take a look at the most recent data available for our graduates. See what they have gone on to achieve and be inspired to follow in their footsteps.

Statistics are based on what graduates were doing on a specific date, approximately six months after graduation (Destinations of (undergraduate and postgraduate UK domiciled) Leavers from Higher Education Survey 2016/17).

Where a film degree could take you 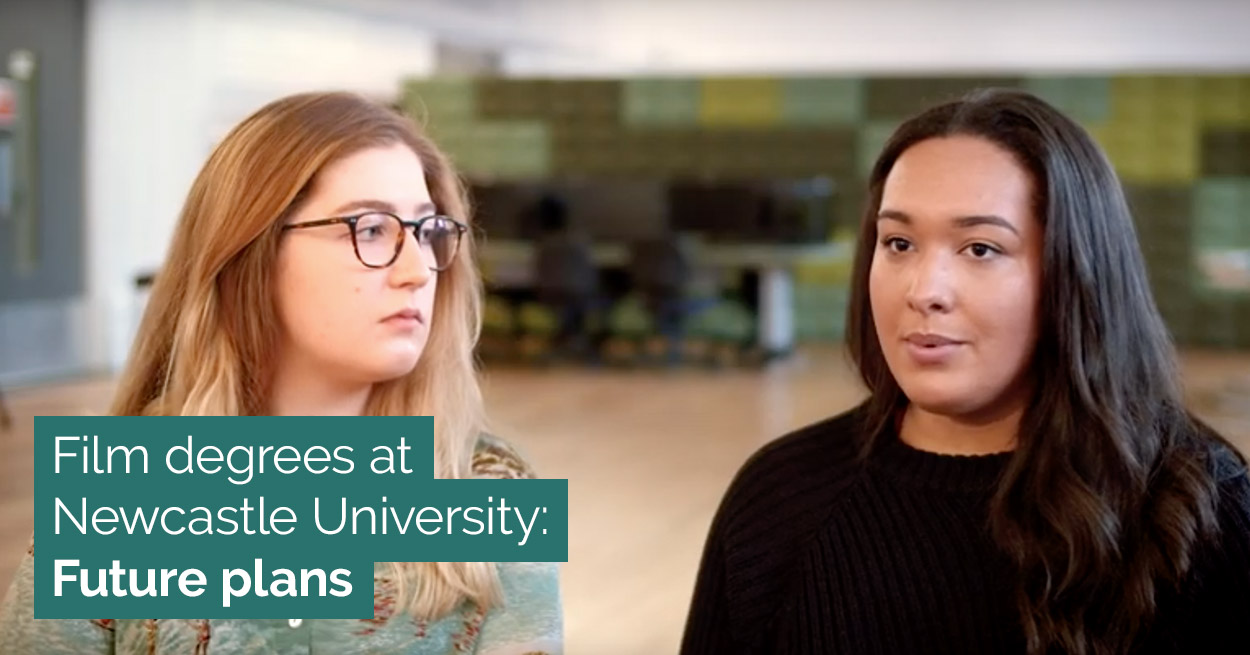 Sorry, you need JavaScript to view this video

Our award-winning Careers Service is one of the largest and best in the country, and we have strong links with employers. We provide an extensive range of opportunities to all students through our ncl+ initiative.

All candidates are considered on an individual basis and we accept a broad range of qualifications. The entrance requirements below apply to 2020 entry.

Other UK qualifications (and PARTNERS)

Qualifications from outside the UK

Through our PARTNERS programme, you could receive an offer up to three grades lower than the typical requirements, and get support throughout the application process. To apply through PARTNERS, you must be based in the UK and meet our eligibility criteria.

Find out more about PARTNERS

The maximum fee that we are permitted to charge for UK students is set by the UK government.

As a general principle, you should expect the tuition fee to increase in each subsequent academic year of your course, subject to government regulations on fee increases and in line with inflation.

Read more about fees and funding

You will be charged tuition fees for each year of your degree programme (unless you are on a shorter exchange programme).

The tuition fee amount you will pay may increase slightly year on year as a result of inflation.

Read more about fees and funding

For programmes where you can spend a year on a work placement or studying abroad, you will receive a significant fee reduction for that year.

Some of our degrees involve additional costs which are not covered by your tuition fees.

Find out more about:

Find out more about:

The situation with Covid-19 means that we're unable to hold Open Days on campus. However, you don’t have to visit in person to experience Newcastle.

We will be holding a virtual event on:

From the comfort of your sofa you'll be able to:

• find out about our vibrant city

• discover what students think about studying at Newcastle

You'll also have the opportunity to speak to academic staff and find out more about the subjects you're interested in.

Find out more about our virtual events

Find out about events at our London campus

We regularly travel overseas to meet with students interested in studying at Newcastle University. Visit our events calendar to find out when we're visiting your region.

Visit our events calendar for the latest virtual events

To apply for undergraduate study at Newcastle University, you must use the online application system managed by the Universities and Colleges Admissions Service (UCAS). All UK schools and colleges, and a small number of EU and international establishments, are registered with UCAS. You will need:

If you are applying independently, or are applying from a school or college which is not registered to manage applications, you will still use the Apply system. You will not need a buzzword.

Apply through an agent

International students often apply to us through an agent. Have a look at our recommended agents and get in touch with them.

Due to current circumstances, we are currently unable to take phone calls.

Fill in our enquiry form

We regularly send email updates and extra information about the University.